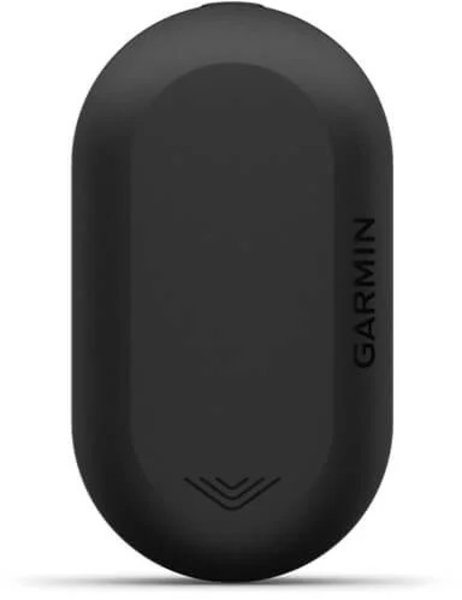 STAY AWARE OF APPROACHING CARS
This rearview radar pairs with your Edge bike computer or compatible smartphone to alert you of vehicles approaching from behind.

- Reliable rearview radar lets you ride like you know what’s coming.
- One radar. Multiple display options. Pair it with your compatible Garmin device, your phone or both.
- Don’t have an Edge or other compatible device yet? No problem. The Varia app has you covered.
- It’s small, it’s easy to mount, and it works with just about any bike.
- Get more life out of your radar with up to 7 hours of battery life.

MAXIMUM AWARENESS
- Varia RVR315 rearview radar provides visual and audible alerts for vehicles approaching from behind up to 153 yards (140 meters) away.

WORKS WITH THE VARIA APP
- This smartphone app helps you increase your awareness by providing graphics — plus tone and vibration alerts — to indicate the position and speed of approaching cars.

THIRD-PARTY APP COMPATIBLE
- When used with a compatible smartphone, Varia radar integrates with your favorite apps, such as Ride with GPS to overlay your maps with rearview radar alerts.

COMPACT DESIGN
- Easily mount this sleek, compact device on the seatpost of almost any road-use bicycle. The vertical design allows for better leg clearance and a perfectly comfortable ride.

BATTERY LIFE
- Time spent charging is not as good as time spent riding. Get up to 7 hours of battery life.